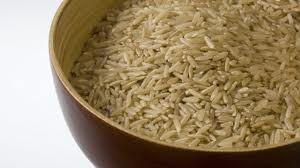 I have been following the news stories about brown rice syrup containing arsenic since mid February; the uproar was based on a recent Dartmouth study linking brown rice syrup with high arsenic levels.  Here is more information, http://todayhealth.today.msnbc.msn.com/_news/2012/02/16/10425025-high-arsenic-levels-found-in-organic-foods-baby-formula

“Organic brown rice syrup is often used as a substitute for high fructose corn syrup in prepared organic foods. One of the infant formulas tested contained twice the inorganic arsenic allowed in drinking water, according to Environmental Protection Agency standards. One cereal bar contained 12 times the legal limit for drinking water of 10 parts per billion (ppb). High-energy foods tested had 8 to 17 times the limit.

I wanted to learn more and see if any formal statements or recalls would ensue, but it appears that rice contamination with arsenic may not be a “new” problem.

For those unfamiliar with the issue, here is a nice synopsis from Natural News, http://www.naturalnews.com/035010_arsenic_baby_formula_brown_rice_syrup.html.  How much arsenic is safe (I know–what a DUMB question) but it appears that there are no regulatory limits for food (only water levels) here in the US.  Brown rice syrup (a substitute for high fructose corn syrup) is commonly found in “organic” items–can formula be organic?  Isn’t the whole idea of formula artificial in nature.  I mean no disrespect to those that use formula or use “organic” formula–I am merely pointing out the issue with semantics.  The word Formula implies a chemical formulation. When it comes to infant feeding, isn’t the only truly organic option Human Milk?

For now, there does not appear to be any “formal” statements or recommendations regarding the use of this formula.  Personally I would reserve using any infant formula with the main ingredient “brown rice syrup” until more information becomes available.