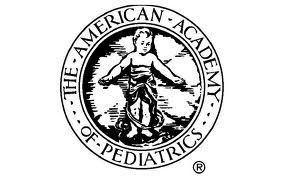 Yesterday, the American Academy of Pediatrics (AAP) reaffirmed their Breastfeeding Policy, Breastfeeding and the use of Human Milk (abstract below), 2012. In 1997 the AAP wrote a strong evidenced based policy on Breastfeeding and strengthened the policy  again in 2005; the 2012 update is the newest version.  The policy was well received in the field of lactation and by those who are supportive of breastfeeding; although, 15 years has gone and we still face many of the same issues and obstacles in our culture and in our medical community.  Where other policies written and adopted by the AAP seem to be considered “gospel” and are strictly adhered to by all in the medical profession, the Breastfeeding Policy is not given the same regard.

Whether it is the high use of supplementation (the lack of support and encouragement for exclusivity), the disregard for evidenced based medicine (i.e.. formula is just as good as breastmilk), or any of the many other issues that still exist–it is the inability to support parents who choose to breastfeed that is our biggest concern.  Parents have gotten the message that breast is best – they want to breastfeed, but they need SUPPORT.  They need good evidenced based care, encouragement, and someone who is willing to help them overcome any obstacles they face.  Unfortunately, many mothers claim one of their biggest obstacles is the health care provider.  How can that be?  Why?

Health care providers have the opportunity to make such a positive impact on breastfeeding, but all it takes is one phrase or intentional “tone” to derail breastfeeding.  For example:

Mom at  office says: I don’t think I am making enough milk.  My baby is hungry all the time.  He eats for 45 minutes and then wants to feed again in an hour.  I don’t know what to do.

Health care provider (Dr/Nurse/Midwife, etc): He eats for 45 minutes (said in accusingly tone–not expecting an answer, but letting mom know that 45 minutes is absurd–she must be doing something wrong)?  Well that is a lot of feeding, perhaps you should offer formula after each feeding; it sounds like he is still hungry (not only is this advice not evidenced based it is harmful and will likely derail breastfeeding).  If he is not hungry he won’t eat the formula (we know babies don’t turn down Thanksgiving Meals and will gladly overeat).

or another example (I really could go on all day):

Mom at office says: I am so tired, I am getting no sleep.  My baby nurses all night long.

Health Care Provider: What, they aren’t sleeping through the night (making mom feel like she is doing it wrong)?  Most babies at this age sleep……….(fill in whatever you want, but this type of advice was pulled out of you know where).

I have heard it all….the reality is our “opinion” enters into our health care advice far too often.  Many times when health care providers talk about breastfeeding our own opinions play far too great of a role.  We need to try to stick to the facts but that can be difficult.  I can’t tell you how many nurses/docs I have heard tell parents, “Well we were raised on formula and I think we turned out OK.”  The  use of “we” implying that we are alike and in it together and the “we turned out OK” implying there is nothing wrong with using formula.  Statements like that are medically negligent. They go against medical evidence and do not allow parents any informed decision making.

So where do we go from here?  I think it is great that the AAP continues to update and publish their Breastfeeding Policy; however, I think most change in perception and our culture will happen as a result of consumer driven change.  Parents are smart and savvy.  Hopefully they have read the AAP policy on Breastfeeding or books and other information about breastfeeding and when they receive advice that contradicts what the policy or newest information says, they will question it and will search out a health care provider that is supportive of breastfeeding.

Breastfeeding and the Use of Human Milk

Breastfeeding and human milk are the normative standards for infant feeding and nutrition. Given the documented short- and long-term medical and neurodevelopmental advantages of breastfeeding, infant nutrition should be considered a public health issue and not only a lifestyle choice. The American Academy of Pediatrics reaffirms its recommendation of exclusive breastfeeding for about 6 months, followed by continued breastfeeding as complementary foods are introduced, with continuation of breastfeeding for 1 year or longer as mutually desired by mother and infant. Medical contraindications to breastfeeding are rare. Infant growth should be monitored with the World Health Organization (WHO) Growth Curve Standards to avoid mislabeling infants as underweight or failing to thrive. Hospital routines to encourage and support the initiation and sustaining of exclusive breastfeeding should be based on the American Academy of Pediatrics-endorsed WHO/UNICEF “Ten Steps to Successful Breastfeeding.” National strategies supported by the US Surgeon General’s Call to Action, the Centers for Disease Control and Prevention, and The Joint Commission are involved to facilitate breastfeeding practices in US hospitals and communities. Pediatricians play a critical role in their practices and communities as advocates of breastfeeding and thus should be knowledgeable about the health risks of not breastfeeding, the economic benefits to society of breastfeeding, and the techniques for managing and supporting the breastfeeding dyad. The “Business Case for Breastfeeding” details how mothers can maintain lactation in the workplace and the benefits to employers who facilitate this practice.